Soil is one of the most significant natural resources on the planet. Mineral soil is a mixture of organic materials, minerals, gases, and water that makes up the top layer of the Earth's crust. As erosion of the bedrock on the Earth's surface interacts with decomposing organic matter, soil emerges progressively over time. Soil often forms in layers (also known as horizons) that differ in colour and texture from one another. It has the potential to aid in the fight against and mitigation of climate change. It's also a diverse and complex ecosystem that supports a wide range of wildlife. As a result, the impact of soil on life is enormous. Soil performs a variety of tasks and services that would be impossible to achieve without it. By anchoring roots and storing nutrients, it creates an environment in which plants (including food crops and timber wood) can thrive. It filters and cleans our water, as well as assisting in the prevention of natural disasters such as flooding. It has a huge amount of biodiversity. Finally, it is the largest carbon store on the planet, assisting in climate regulation. Human activities, on the other hand, are endangering and damaging soils all over the world. In terms of structure, depth, texture, and fertility, soils from all around the world differ. Because of these distinctions, soils help human cultures in a variety of ways, including environmental, economic, and social. Mineral matter makes up 45 percent of soil, organic matter makes up 5%, air makes up 25%, and water makes up 25%, and these four components are critical for soil management. 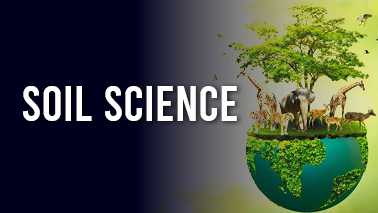