Paleontology is the study of prehistoric life, which includes dinosaurs as well as prehistoric plants, animals, fish, insects, fungi, and even bacteria. Fossil evidence indicates how organisms evolved over time and how our world looked in the past. Plants, animals, fungi, bacteria, and single-celled organisms that have been replaced by rock material or impressions of species preserved in rock are known as fossils. Paleontologists study the remains of extinct and living species to learn more about them. Individual fossils may include information on the life and surroundings of an organism. Paleontology is concerned with all elements of ancient life forms' biology, including their shape and structure, evolutionary patterns, taxonomic relationships with other ancient life forms and contemporary living species, geographic distribution, and interactions with the environment. Its investigative methods include biometry, which is used to provide a statistical description of organism shapes and the quantitative expression of taxonomic connections. Paleontology has played an important part in reconstructing Earth's history and has offered plenty of evidence to back up evolution hypothesis. 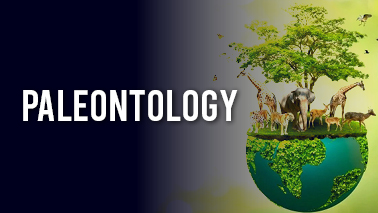